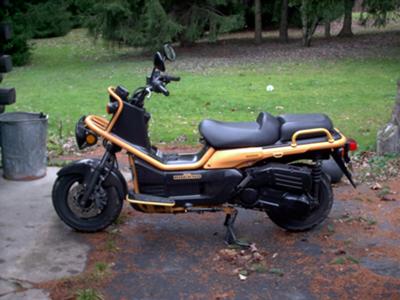 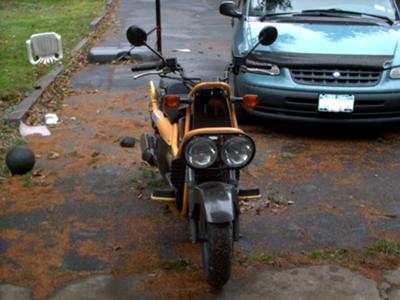 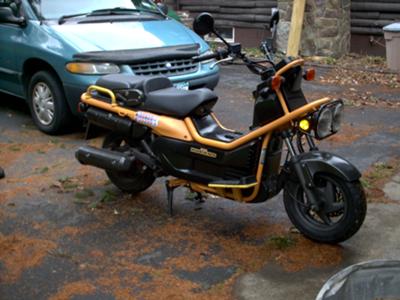 Sometimes you just have to go with heart, even though you know it can end up being broken. I wanted to buy a 250cc Chinese scooter from a place in Connecticut, but as luck would have it the scooter had just been sold.

The person running the salvage place offered me a deal that just sounded too good to be true. A 2005 Honda Big Ruckus for $600 and all I had to do was drive the 400 mile round trip to get it.

We met, I bought, I owned it. Except for two flaws. It hadn't run in two years and it rolled rather badly around the salvage yard. I soon found out why. It must have been either in a flood or under water in a hurricane in its native Florida.

The oil from inside was all contaminated with rust and even though I got it to run, it wasn't pretty. My heart sank. After three engine oil changes and five or six rear gear oil changes it started to look better and a tube of carburetor cleaner in the tank helped it run better to the point that I could ride it back and forth in front of my house without it suddenly dying out.

Things were looking up.

At the moment I have to discover why the starter button won't work, I have to jump the starter cables to fire it up, and what that terrible rough noise is at the back wheel. Not to mention it has title work issues that need clearing up.

Yet it starts, runs and rides and I've put almost twenty miles in passes in front of the house. I just might have saved a scooter from an early demise. Stay tuned for the ongoing saga.