Wave of the Future? 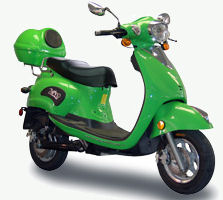 If you're looking for an even greener alternative transportation than a gas scooter, you might look at electric scooters... no, not the kind your grandmother drives in the local box store!

Today's electric motor scooters are more powerful and closer in functionality to gas-powered scooters than ever before.

Some Advantages of Electric vs. Gas Scooters 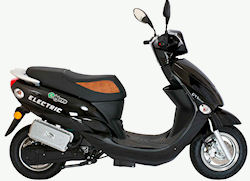 There are some real advantages to using electric motor scooters over gasoline scooters, namely:

But Not Everything Is Better 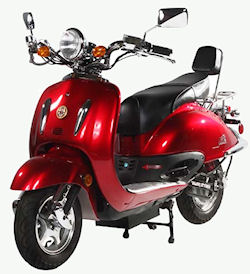 On the other hand, gas scooters have some advantages over electric...

Where to Find Electric Motor Scooters

The street legal class of electric motor scooters is not all that easy to find at this point, as the idea is still rather new. Here are some manufacturers/dealers that are either already selling some electric scooters:

More are emerging all the time, as the idea of electric-powered street vehicles catches on. One website that seems to be staying on top of this emerging technology is EVFinder.com. They track electric cars too, including the electric smart car, which my husband writes about on his smart car website.

Speaking of smart cars, the company has also made a prototype for an electric smart scooter. Here's an interesting video about it:

The smart escooter has some cool new features, like heated handlegrips, a pop out second seat, smart phone integration and lots of safety features, including an air bag. It also has supplemental solar panels on the front to boost battery life. Read the press release here

High-powered electric motorcycles are already available in the US. So, it is likely that street legal electric scooters that are the equivalent of many gasoline scooters won't be far behind. And if you're the type of person that wants to lower your carbon footprint in a big way, then an electric motor scooter just might be in your future!

Related Pages in This Section