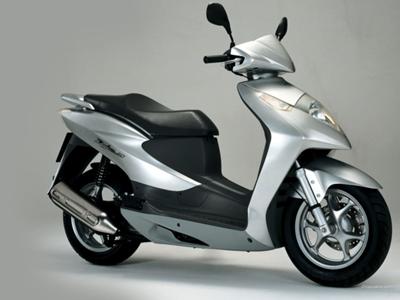 I have had my Honda SES Dylan 125cc for 4 months now and have become very attached to it over this short amount of time. My Dylan is 5 years old and has had very little problems with it so far according to previous owners and from my own experiences so far.

I have had some minor faults so far including internal collapse. I was on my way home to go to my Taekwondo lesson and the scooter suddenly stalled itself and its back wheel locked, making it nearly impossible for me to move it from the road.

This was a scary experience for me, as moments later the scooter shot forward and was then extremely hard to stop as it came as such a surprise to me. After a bit of TLC for Dylan and an hour and a half of calming down, I had him fixed for free by my boyfriend's uncle, who did a brilliant job and he now runs better than ever.

It doesn't help that I fell off Dylan on Christmas Eve, which scared me greatly, but I have my Dylan back now and am already back
to riding him as normal and would still recommend this scooter to anyone.